How did we get the Bible? 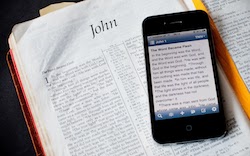 Every day people purchase a staggering number of Bibles. In fact, more Bibles are sold in a day – up to 250,000 copies – than the typical best-selling novel sells in a whole year!

Why is that? Because no other book even remotely approaches the Bible’s power to satisfy the deepest longings of our hearts. We pick up the Bible when life doesn’t seem to make any sense. We pick it up when we feel lonely. Or empty. We pick it up when we just need to know Someone cares about us, personally, without having to perform. That’s why the Bible is prominent in the name of our church body – Plano BIBLE Chapel.

One way to increase our confidence about the trustworthiness of the Bible is to know how it came into existence. No committee sat down and said, “Let’s write a Bible.” Instead, the Bible was organically assembled as inspired human authors each spoke to the unique needs of their own generations. Hebrews 1:1 puts it like this: “Long ago God spoke to the fathers by the prophets at different times and in different ways.” That would be Moses, Samuel, David, Solomon, Isaiah, Jeremiah, and a bunch more.

Those men wrote down what God told them to write–which means they had to be literate–usually on a scroll made from animal hide. Sometimes they jotted direct quotes: “I am the LORD your God. I will be your God and you will be my people.” Other times, they wrote what they experienced (Nehemiah rebuilding the wall), what they felt (David in Psalms), or what happened in a previous age (Moses writing Genesis).

In any case, God inspired them to write. By the first century Peter was teaching, “First of all, you should know this: no prophecy of Scripture comes from one’s own interpretation, because no prophecy ever came by the will of man; instead, moved by the Holy Spirit, men spoke from God” (2 Peter 1:20-21).

Neither did anyone have the idea of a “canon.” Canon is just a technical term for Bible – it means “rule” or “standard.” It’s a set list of books that religious scholars consider Scripture, “the inspired word of God” (2 Tim. 3:16-17). Theologians like to say the church didn’t create the canon; they just recognized the canon already in use.

Where Did the Old Testament Come From? 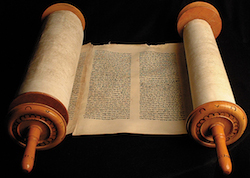 How did the particular books in our Old Testament make it into the canon? That was pretty much based on common usage and widespread authority. “For since ancient times, Moses has had in every city those who proclaim im, and he is read aloud in the synagogues every Sabbath day.” (Acts 15:21). Also of interest was how much effort had been put into preserving and copying the scrolls. Of course, it meant a lot if the book in question claimed to be the word of God, especially if from a revered prophet, like a Moses or David.

No one knows for sure, but at some point the idea for a “closed canon” (which means “That’s all, folks!”) reached a tipping point. Some scholars think that may have happened as early as 300 BC.

That pretty much had to be the case, since the Hebrew Bible was translated into Greek by 200 BC. The Jews had started speaking Greek and many lost their ability to read Hebrew. For us, that would be like Americans trying to read a Latin Bible. The story goes that the twelve tribes of Israel each sent six scholars to Alexandria, Egypt, seventy in all, who translated the Hebrew to Greek in seventy days. We call it the Septuagint (Latin for “seventy”). That’s quite remarkable, because all 39 of our Old Testament books are included in the Septuagint! (Along with several apocryphal books included in Catholic and Orthodox Bibles).

So our Old Testament has been a fixed list of books since at least 200 BC – more than two thousand years ago.

The Bible of Jesus 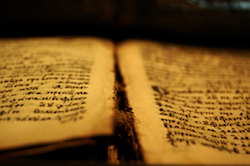 He also believed the Old Testament was factually true. He referred to Adam, Eve, Abel, Noah, Moses, Lot, Elijah, and Jonah as historical figures. And He said the Scriptures cannot be altered, abolished, broken, nor can they pass away.

Jesus also had the distinct impression the Old Testament was all about Him! After the resurrection He told His disciples, “These are My words that I spoke to you while I was still with you; that everything written about Me in the Law of Moses, the Prophets, and the Psalms must be fulfilled.” (Luke 24:44).

In all, the New Testament quotes all but five Old Testament books in more than 300 passages.

Where Did the New Testament Come From?

After the death of Jesus, His disciples transmitted information about Him orally for about 30 years -“oral tradition.” However, Christianity was growing into a powerful force. By 70 AD they couldn’t keep up. So they started to write about His life and teachings, and also about the early church. Luke, who penned a gospel and also Acts, put it this way:

Many have undertaken to compile a narrative about the events that have been fulfilled among us, just as the original eyewitnesses and servants of the word handed them down to us. It also seemed good to me, since I have carefully investigated everything from the very first, to write to you in orderly sequence, most honorable Theophilus, so that you may know the certainty of the things about which you have been instructed. (Luke 1:1-4)

Toward the end of the first century, a collection of Christian writings took shape and circulated among the churches. Not all, however, were canonical. For example, during the Roman persecution, when their oppressors demanded that Christians hand over their Scriptures, some surrendered the Shepherd of Hermas (not “quite” canonical) but hid their “real” Bibles.

The four gospels as we know them – Matthew, Mark, Luke, and John – emerged winners. They received wide circulation, along with Acts as did the writings of Paul, which were collected into a single body of work. Churches also began to archive copies of Paul’s epistles. So a fixed list was starting to be recognized.

A heretic, Marcion, who died around 150 AD, proposed a “purified” version of Luke and ten of Paul’s thirteen epistles as his New Testament. He appeared to be revising a list of books already in use. That presented a challenge to the orthodox church, which answered by affirming the four gospels, Acts, and all of Paul.

A list of canonical books dating to about 180 AD was found in a monastery in the 18th century. I mention that because some of the coolest discoveries take place in monasteries. Seriously, every monastery should be required to clean out their attics and tell us what they’ve got. In any event, this list, a fragment really, called the Muratorian Canon, was an authoritative list of canonical books made at Rome. It’s important because it’s a pretty close approximation to our canon – Bible.

“Hey, Why Don’t We Make a New Testament!” 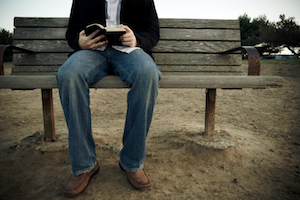 But it was finally Athanasius, the bishop of Alexandria, who once and for all nailed down the official New Testament. There was a tradition. Every Easter, the bishop of Alexandria would send a letter and, among other things, give his take on the “authoritative” books. In his 367 AD Easter letter, Athanasius acknowledged all 27 of our books. And they were books already in wide use. So the official sync date for the Bible we use today is 367 AD.

That list was affirmed at synods (“official” religious meetings) at Hippo in 393 AD and Carthage in 397 AD, both of which were attended by Augustine. The canon was closed. No serious challenges since. That’s a pretty good Bible.