When Giving Less is Giving More

When Giving Less is Giving More

by Larry Murray | Giving is Living 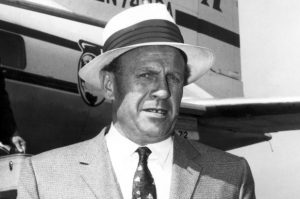 After Germany invaded Poland in 1939, Oskar Schindler was an opportunistic businessman who set up an enamelware factory in Krakow that used a combination of Jewish and Polish workers. His initial interest, of course, was to make money with cheap or free labor. But as time went on, he grew to care about his Jewish workers, particularly those with whom he came into contact on a daily basis. He began paying German officials to allow prisoners to work for him. In essence, Mr. Schindler was paying for the salvation of the Jewish prisoners from the gas chambers of Nazi concentration camps. By the time the war had ended Schindler had sacrificed nearly everything that he owned to save those who could not help themselves. By all estimations, Mr. Schindler spent millions to save the lives of at least 1,200 people －eventually becoming bankrupt as a result.

For what or for whom would you give everything you have? Few things reveal the real state of our hearts like the way we spend and give away our money. That’s why Jesus chose the temple treasury as the place to point out true devotion to God and total trust in Him. Sometimes, like the poor widow observed by Jesus (Mark 12:41-44), giving less is giving more.